The many ways to create BIM 360 Field Issues

When you are on the road and living out of hotels, you begin to wonder about the most fascinating things. After a busy day in meetings, which has left the brain a bit frazzled, I am back in a hotel room watching TV when a political debate comes on, and the discussion is about clarifying the issues around something or other - blah, blah, blah. 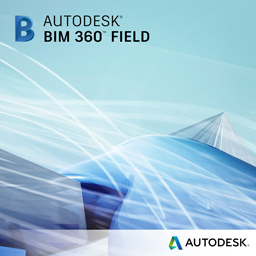 Haha, I could tell them something about issues. And then it hit me. Just how many ways of creating an Issue are there in Autodesk BIM 360 Field? Let’s consider the iPad interface.

Firstly, there is the Issues module itself. You can create an Issue simply by tapping either of the ‘+’ or ‘template’ symbols. If you choose to designate the Issue as a pin on a plan, then you are put into an interface where you can continue to create a new Issue by again tapping the ‘+’ symbol or the ‘template’ symbol.

Let’s move on to the Checklist module. With each question, you can create an Issue by tapping on ‘Issue’. Now if you wish to ‘Pin’ that Issue you are again put into the markup interface that allows you to keep tapping the ‘+’ or ‘template’ symbols to keep creating Issues. But we’re not finished yet.

If you have the checklist set to create an Issue based upon a negative response, that will also create an Issue. And you guessed it, once again I am in the markup interface where I can continue to keep tapping the ‘+’ symbol or the ‘template’ symbol.

Now here is where it gets a bit confusing. For the Equipment module, we can assign Issues and Checklists to individual pieces of Equipment. So, to make things a bit simpler, consider all of the ways to create Issues from the Issues and Checklists modules as described above and then apply them here. For the Tasks module, it is similar to the Equipment module. As the old saying goes, ‘you tell two friends and they’ll tell two friends...’.

Now I have not counted all the ways to create Issues, or to use a better phrase the workflows in which Issues can be created, but there are a few more. So, if you have a need to record Issues or better yet, observations, on a construction project then it looks like BIM 360 Field has it all covered.

To find out more about the impressive Autodesk BIM 360 offerings, check out our web page. To send us an enquiry directly, just click on the button below:

Business Continuity and the Coronavirus Pandemic. It’s in the Cloud.

BIM 360 Field Issues From The Beyond! Huh?

BIM 360: When Does The Construction Site Resemble More Of An Assembly Plant

Use the Right Glue for Better Quality.