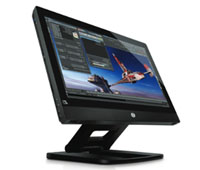 Whilst the distinction between CAD workstations vs standard desktop PC's and computers have become blurred over the last few years it seems that HP have bought out something that could appeal to the pros and novices of the workstation market.

Earlier this month HP announced the second generation of its 27-inch display workstation, the HP Z1 G2 – not really a catchy name but is definitely a catchy product.

The second generation in their Z1 all-in-one workstation series is aimed at workers and specialists in CAD design, graphic arts including designers, photographers, illustrators and other creative geniuses.

This unique workstation packs Windows 8 Touch and optional Intel Thunderbolt 2. Due to the Thunderbolt 2 the new All In One (AIO) supports 4K video workflows as well as allowing optional touch capabilities - so basically you choose between touch and non-touch.

But the great thing about buying this HP workstation is that you can decide whether you want to have Windows 7 or Windows 8 – which is brilliant as it gives you the option to have what suits you best. 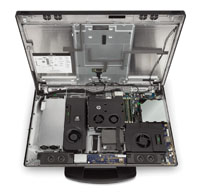 The workstations internals range from a dual-core 3.4GHZ Intel i3-4130 with 3MB of cache, up to quad-core 3.6GHz Xeon E3-1280v3 with 8MB of cache at the top end of the scale.
Unlike Apple's iMac, HP has designed the Z1 to be easily upgraded. Owners of the HP Z1

G2 workstation can in theory change most of the parts within the workstations without needing a single tool (they make it look so easy but it really is!). All the integral parts can be customised dependent on your wants and needs.

HP says that the Z1 G2 workstation is expected to be available from sometime this month over here and will be starting around £1365 but don't take my word on this though as the UK pricing hasn't been confirmed yet.

For more information regarding HP Workstations, both desktop and mobile, call us on 023 8086 8947.