Great News For Product Designers - Autodesk And KeyShot Team Up

When it comes to speed and detail in the cloud, few would disagree with Autodesk Fusion 360 being top of the class.

Fusion 360 was launched in June this year after the technology preview (Inventor Fusion) graduated from Autodesk Labs with rave reviews. It was Autodesk’s first real cloud-based product with specific focus on 3D design tools.

With all the hype generated by Autodesk, expectations were set pretty high – especially with the t-splines technology they acquired being implemented into the sculpting environment.

Controlling the model was incredibly smooth and natural, creating an unexpected interaction with the pixels themselves. But more importantly it was quick, really quick, and it showed Autodesk’s vision for the tools of the future.

Shortly after, Fusion 360 teamed up with GrabCAD and it became apparent Autodesks 360 offerings meant business.

Since then Fusion 360 has continuously improved and yesterday saw the next big leap as Autodesk and Luxion, a leading developer of advanced rendering and lighting technology, expanded their partnership with a new integration of KeyShot rendering with Autodesk Fusion 360.

It seems the logical step forward; users can now instantly create photorealistic 3D renderings, animations and interactive visuals, directly from the model. The plugin sits within the fusion 360 ribbon, so any updates to your model are only a click away from high quality renderings.

This is great news for product designers looking for a quick and easy way to communicate concepts - It’s now even easier to express your ideas clearly and concisely when delivering internal presentations or digital prototypes and I’m confident Autodesk won’t stop there.

KeyShot functionality will be available starting Wednesday, October 9th within the latest version of Autodesk Fusion 360 as a plugin available through the KeyShot website. The cost of the plugin is free.

In addition, Autodesk Fusion 360 customers will be able to purchase KeyShot or upgrade to KeyShot Pro, as well as purchase Luxion’s patent-pending add-on applications, KeyShot Animation and KeyShotVR through the KeyShot website.

In the meantime – see it in action. 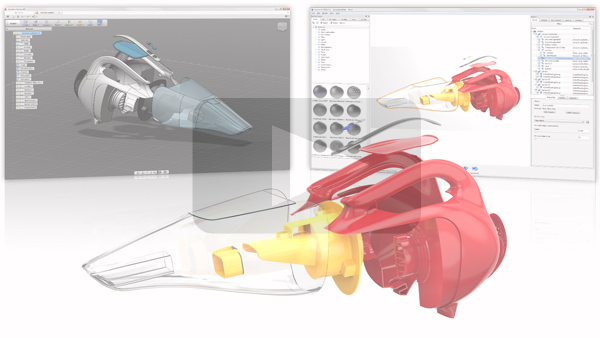 CAD, The Desktop and The Cloud

Autodesk Configurator 360 - Cloud-based Configuration for Everyone