Graitec PowerPack for Advance Steel 2022.1 Updates for Stairs and Railings

The 2022.1 update of the Graitec Powerpack for Advance Steel has just been released, and it comes with some additional features for this version. These are covered in the What’s New document found on the Graitec Advantage site, but in this review we will take an in-depth look at several of them.

For the Stringer configuration, several areas were reviewed. The revision has corrected the weld properties set by the user in the macro, which can be transferred to the Advance Steel weld object.

We looked at treads and improved the Grating Tread end plate alignment, this is now flush with the top of the Tread to better align with supplier manufacturer details. 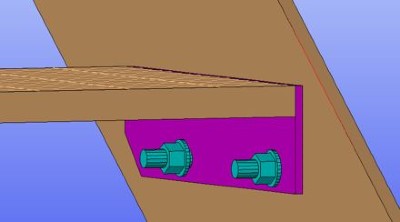 The Graitec Stairs tool also has an option for Treads as Special Parts; as many suppliers offer standard ranges of Tread with inbuilt features such as nosing bars and kicker upstands, these can be created as a dedicated special part using the Graitec Special part manager and then integrated into the stair tool.

Within the PowerPack there is a series of tools for Balance Stairs; these are sometimes termed a kite winder type arrangement. These typically work on the Runline calculation method, and for this release there is an improvement in that where the stair is recalculated when the Runline position is adjusted by the user. 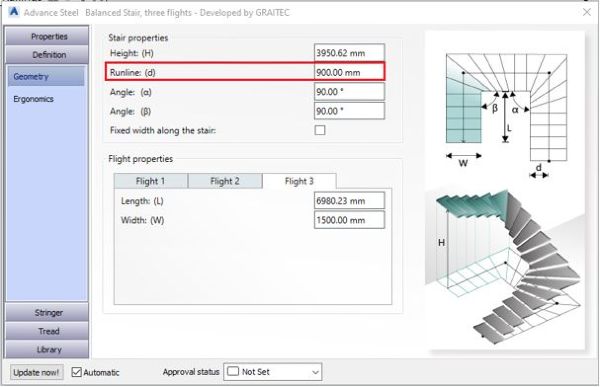 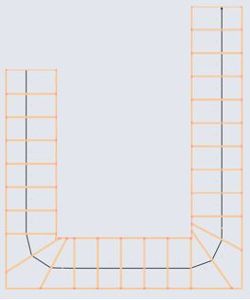 The other part of the update release is focused upon the Railings and Walls rail elements, and  there are several nice additions to the options and abilities within the tools.

Some of my personal favourites are improvements to infill bars (pickets), how we cut the picked at the junction of a mid-rail, and we have now improved that alignment.

Another enhancement for railings is for infill panels, with another one that may seem quite small, but is actually very useful. Now the panel will follow the Swan Neck up turn in the panel, thus removing the gap seen in the previous version. 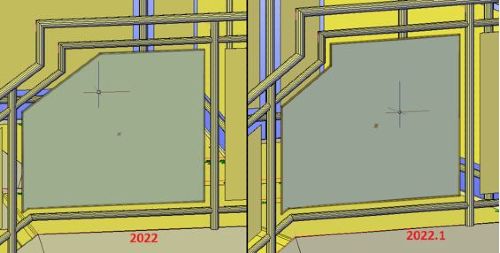 A new feature we added in was the addition of End caps to Grab Rails within the Railing macro. This brings it in line with the options available in the main handrail of the railing macro and wall rail macro, offering both End plate and Special part types.

On the subject of Wall Railings, we have new additional section profiles now included for Rectangular/Square sections.

In the Railing tools, there is a Ball Post Macro for creating a special railing type for industrial applications within that industry sector. A small update was required due to a change in the core Advance Steel platform over how the World Coordinate system was seen and used.

For version 2022.1 of the PowerPack, we have adapted the special parts blocks from the Ball Post railing so it is no longer UCS dependent, and this allows the macro to work in the right parameters. 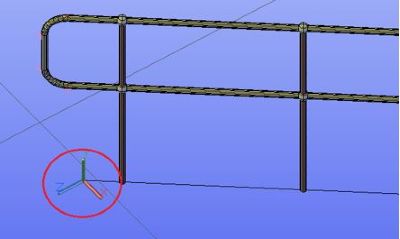 These are a few of the key Stairs and Railings updates, but you can take a read of this Graitec Advantage blog to find out how to access all the info on the 2022.1 update you need.

Our Autodesk certified trainers are on hand to optimise your structural design workflows with Autodesk Advance Steel Training, which can be attended in person or online.

If you have any questions about implementing the Graitec PowerPack, please send us a message now:

Introducing The R2 Version Of Graitec PowerPack for Advance Steel 2019