The Graitec PowerPack for Advance Steel is an absolutely must have add-in, as it contains a range of features to bolster workflows, including connections, detailing, plate creation and much more. The recently released 2019 version contains many powerful enhancements to boost Advance Steel productivity, so let’s focus on the new connections, which give you even more options for your modelling projects.

For anyone who has yet to try the PowerPack, the new enhancements are in addition to the already included comprehensive list, which includes: Cold Rolled Joints, Compound Connections, Header Beams and many other powerful connections.

The first one we will look at is the Plate for Multiple Bracings connection, which can be either bolted or welded. The user is given the choice of a polygonal, circular or rectangular gusset plate to fasten two or more together, and can also decide whether their coplanar selected elements have a simple or compound cross-section.

On top of the flexibility of this feature, multiple bracings can be connected very quickly, so it should speed up your workflow nicely. 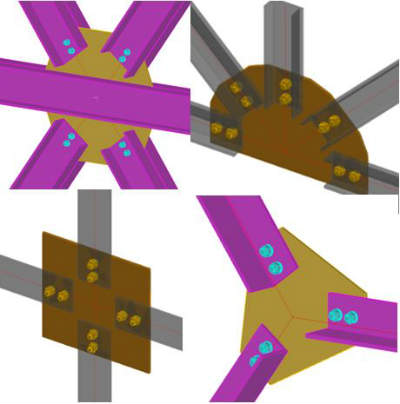 The next new connection is for Threaded Rods - this one enables users to create a rod which attaches two elements. The rod can have either a round or square cross-section, and there is a wide choice over which elements are to be applied, including beams, plates, gratings and many more. Furthermore, depending on user preference, the connection can be created by either selecting elements or points.

Next up is the Back to Back Connection with Plates which is one of two new bolted connections, and it is perfectly suited for connecting compound, back-to-back beams. Helpfully, the middle part between these sections is automatically detected, which streamlines the process. The user gets to choose which element to cut according to their needs, from either the first or second beam, or both, as can be seen in the image below. 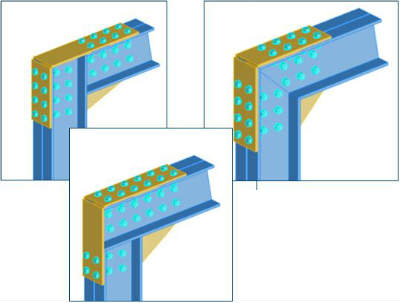 Another useful new bolted connection enables you to create a Back to Back Connection with Profiles. This feature contains a similarly impressive functionality to the Plates connection, with an automatically detected middle part between the back-to-back compound sections, and the same choice from the dialog of which element to cut. 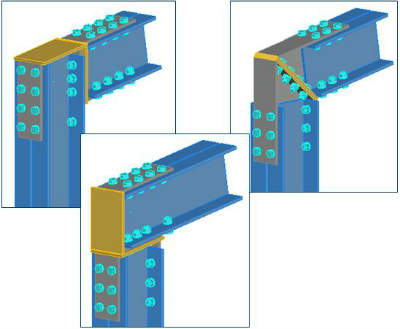 Click on the button below to request more information about Graitec PowerPack for Advance Steel, or alternatively check out our Advance Steel Training courses.