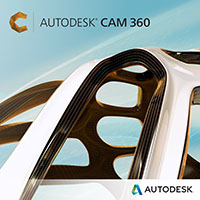 It was only in December last year Autodesk announced the launch of CAM 360 – the first CAM solution in the cloud as we mentioned in Autodesk Announce CAM 360 – The First Cloud Based CAM Tool, but now it is set to leave Beta.

Initially it was set up to be a limited roll-out to a few groups at a time. If you were one of the lucky ones that got to participate then you have seen how exactly how it works but those of you who haven't then now is your chance.

To handle the inflow of users it is moving from its Beta home to a new production environment.

With this happening all so quickly Autodesk has allowed all beta users in so now it's not just those lucky VIPs that get to use the software.

CAM 360 is currently in the Tech Preview phase of deployment, but it currently inhabits the production environment. This basically means that that it is going through another stage of testing.

So expect to see a product that is going through a lot of change as it goes through yet another trial with the Autodesk Feedback Community.