A Guide To Woodwork For Inventor Cover Position Settings

When you are generating manufacturing information (part code, name, size, and material) or linking system data to the information in the part labels in Woodwork for Inventor, it is important to indicate which side of the part a cover is applied to and what type of cover it is. For example, the part is covered with a 2mm edge band on the right side and a 0.45mm edge band on the left side. On the other hand, it is important to bear in mind that the part is covered with a veneer on the top and with paper film on the bottom.

It might be important for the user to know how Woodwork for Inventor identifies part sides and how this is related to entries for the specifications generated. The image below demonstrates how it identifies the sides of the part. 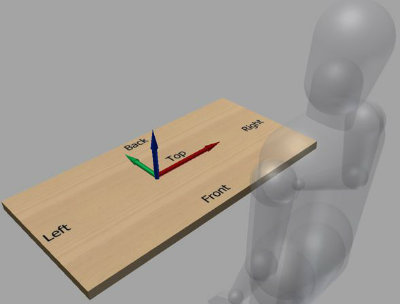 Woodwork for Inventor automatically sets the grain direction of the material during the initial material assignment process. The grain direction algorithm searches for the largest flat face and the two longest edges on that face that are perpendicular to each other.

If this is not achieved, other rules are applied which allow the initial grain direction of the material to be set. If the constructor is not satisfied with the grain direction that has been automatically set, he may modify it using the Woodwork for Inventor tools, by specifying another plane for calculation or selecting a different grain vector orientation.

Consequently, if a part is oriented with respect to the view as shown in the figure, it is considered that the main face is pointing upward, and it is treated as a top side. The bottom face will be on the opposite side of the part. The red arrows in the images show the grain orientation to the right, whilst the left is on the opposite side. The front and the back faces of the part are arranged respectively. 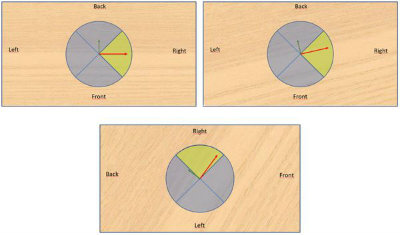 Graitec's brilliant range of certified Autodesk Inventor training courses are suitable for users of varying ability levels. If you have any questions, please send us your message:

More posts from author
Wednesday, 15 April 2020 Move Vault to the Cloud with Windows Azure or Amazon Web Services
Monday, 06 April 2020 What's New In Autodesk Inventor 2021
Tuesday, 04 December 2018 Is Your Woodwork For Inventor Hardware Missing On Your Bill Of Materials?